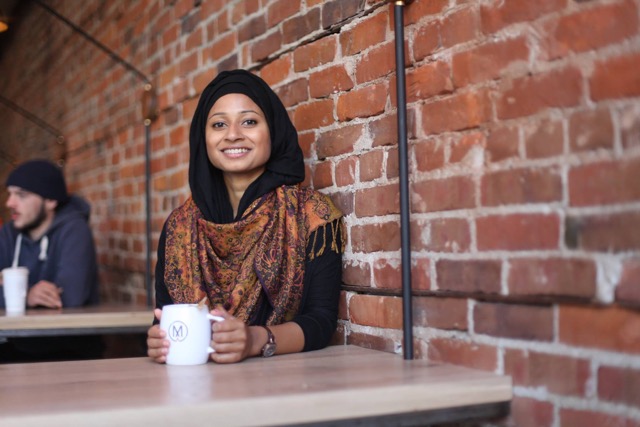 Tahia Ahmed recently joined the Organize BC team to coordinate our newest program, Firelight Campaign School! Get to know her and the new program.

What brings you to Organize BC?

I moved to Victoria, BC in August 2016 from Vancouver where I spent several years doing community organizing work with youth and racialized communities. My work in Vancouver involved many of the things Organize BC focuses on such as campaigning, theory of change, and capacity building. I felt burnt out after the 2015 Federal election both professionally and personally which led me to take a break, travel, and recharge. Since moving to Victoria, my interests and work have been in direct service provision and community development. But the organizer in me was missing the sense of community and collaboration that I had in Vancouver. My renewed energy and enthusiasm for political engagement and organizing is what brings me to Organize BC and what makes me excited for our upcoming Firelight Campaign School.

What were you up to before?

I took the last year to reflect on the type of work that I want to be doing and the communities I wish to work with. I dabbled into a few different things including coding, writing, birth work, and even a Masters. Some things have stuck and others definitely haven’t.

What communities would we most often find you organizing in and what are you up to?

The communities that I often find myself organizing with include youth, Muslims and allies fighting Islamophobia, artists, and on a neighbourhood level. I’m increasingly interested in building resilience within communities which I believe is a crucial foundation from which we can build our capacity for organizing and resistance. Currently, I also work as the Program Coordinator with the City of Victoria Youth Council in building youth’s capacity for civic engagement. And, I do community engagement work at Fairfield Gonzales Community Association where I explore how programming can be more inclusive and welcoming to equity seeking communities.

What's the most exciting aspect of working on Firelight Campaign School?

What excites me most about the project is content development. Our vision for the program is to provide a space for collaboration and intersectional organizing and being a part of the process and team that will develop this content is such a privilege. I think there’s a huge gap in the capacity building opportunities available to movement builders that really addresses the glaring absence of certain communities and identities within our movements. I look forward to how our training team approaches this and how it gets received and applied by those who attend Firelight Campaign School.

What's one thing you're looking forward to this year?

Firelight Campaign School is a 5-day immersive program that will bring together grassroots and non-profit movement-builders with experienced and skilled trainers to learn how to build campaigns from beginning to end.

Sign-up here to be the first to know when applications open.