Organize BC began in 2013 out of a desire to help people be better organizers. That summer, a group of organizers from across BC started meeting for potlucks around kitchen tables, over beers on bar patios, in backyards, and in living rooms across the Lower Mainland and Vancouver Island. They were asking themselves some big questions: How can we be more effective? How can we support and train new organizers? And what would it look like to do this work together? Organize BC was born out of these conversations.

Collaboration across projects, organizations and regions has been one of Organize BC's core values since the beginning. We pool the progressive movement’s most valuable resources - our people's skills and knowledge - to run capacity building programs for people across BC: trainings, workshops, conferences and coaching programs.

In its first two years, Organize BC developed the organizing capacity of over 400 organizers at 34 training events, from small evening workshops to full weekend trainings, in communities from Burns Lake to Vancouver to Courtenay. We train organizers from national and provincial NGOs, and from small, feisty community groups. We train high school students and retirees, environmentalists and health campaigners, volunteers and professionals. 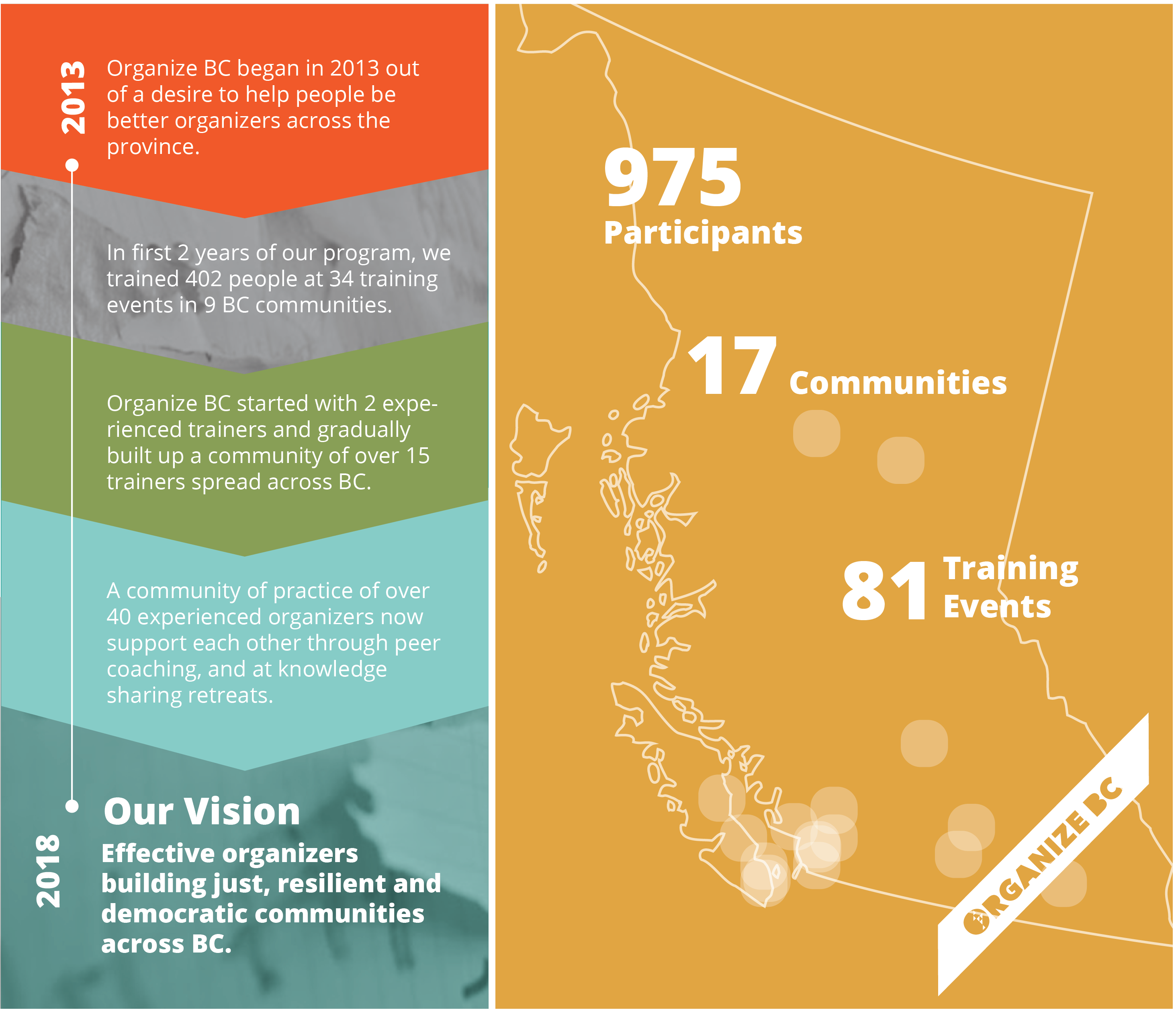 Effective organizers building just, resilient and democratic communities across BC.

To strengthen the skills and connections of progressive organizers across BC through training, coaching and community-building.

Ongoing effort is necessary to transform oppressive structures embedded in society and in our own work.

Grassroots organizing is critical to maintaining a functioning democracy.

Training is a critical component of leadership development.

Safe and positive spaces are a prerequisite to learning and collaboration.

Organizing should be fun!