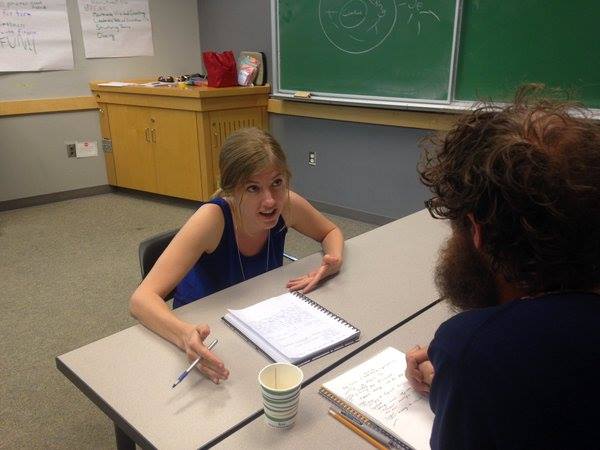 Wow, what a weekend! I was one of three Divest Victoria core organizers who attended Organize BC’s training in May, and I came away with lots of inspiration, tons of concrete tools and some important shifts in perspective.

Divest Victoria has been organizing to get the City of Victoria to take our money out of fossil fuel funds and put it into socially responsible investments for just over a year. We had a huge amount of success in our first year, passing two divestment related motions at Victoria City Hall and one at the Association of Vancouver Island Coastal Communities. But, after a quiet winter, as we started to build up our latest campaign focusing on the Union of BC Municipalities, we needed to rethink our team’s structure and strategy.

This training gave us exactly what we were looking for and so much more. It was incredibly valuable to have three people from our team there together to workshop some of the challenges we face, and to get coaching with a reflexive process, choosing the best tactics to accomplish our goals. In addition, through conversations with facilitators and participants from other organizations at the training, we made a number of significant connections and partnerships that will be critical as we shift our focus to the Union of BC Municipalities.

It has been less than a month since the training, but we have already started implementing the Organize BC tools to recruit and engage volunteers, and using these models to rethink our organizational structure and tactics. This has given a jump-start to our current campaign. It has also given us the confidence that we have a cohesive operating plan rather than a piecemeal approach, and I can see that these tools are going to have a huge impact on the momentum of our campaign.